Tomorrow, Friday, September 26th, join some of the monks who took to the streets in last year's peaceful uprising to mark the Saffron Revolution's first anniversary. The event will take place in Dag Hammarskjold Plaza, 47th st. & 1st Ave.

This event is being organized by the International Burmese Monks Organization. For more information call 718-426-3959 or visit www.burmesemonks.org

Last September, 100,000 monks took to the streets. When the military cracked down, scores were killed, thousands were imprisoned and many monks remain unaccounted for or in hiding. We believe that the best way to honor the monks is to continue the struggle that they were marching for. Come, show your support!

Hope that you can make it.

Thelma Young and Mike Haack
Posted by Farheen at 5:30 PM No comments:

By EDITH M. LEDERER – 1 hour ago
UNITED NATIONS (AP) — The pro-democracy winners of Myanmar's 1990 elections asked the U.N. secretary-general Tuesday to recognize their own representatives in place of the current military rulers' United Nations mission.
A letter from candidates elected to parliament in 1990 challenged the legitimacy of the military government that refused to cede power after a landslide victory by Aung San Suu Kyi's National League for Democracy. The junta has ruled Myanmar, also known as Burma, ever since.
Daw San San, vice president of the Members of Parliament Union (Burma), said in the letter obtained by The Associated Press that the organization has set up a permanent mission to the United Nations and has appointed U Thein Oo as its permanent representative to the U.N.
"His excellency U Thein Oo is instructed to represent the people of Burma and the legitimate, democratically elected members of parliament in all organs of the United Nations," San said.
Oo was identified as an elected representative from Mandalay.
Brendan Varma, a U.N. spokesman, said the letter had been received by Secretary-General Ban Ki-moon's office and would be studied.
Myanmar's U.N. Mission said Ambassador Kyaw Tint Swe was not in his office to comment.
The 63rd session of the General Assembly will open on Sept. 16, a week before world leaders arrive for their annual ministerial meeting, and San's letter could be referred to the assembly's credentials committee.
The military has ruled Myanmar since 1962 and has been widely criticized for suppressing basic freedoms. The current junta, which took power in 1988 after crushing pro-democracy demonstrations, held general elections in 1990 but refused to cede power to Suu Kyi's NLD. Since then, the country has been in political deadlock.
Suu Kyi has been in prison or under house arrest for more than 12 of the past 18 years. For about the last three weeks, the 63-year-old Nobel Peace Prize winner has refused daily food deliveries to her home to protest her ongoing detention, her party said.
Posted by Farheen at 3:21 AM No comments:

A Benefit for Cyclone Relief

and Freedom of Expression in Burma/Myanmar


New York City—On September 23rd, the first anniversary of the monks' uprising in which thousands of Buddhist monks protested against Burma's military dictatorship and the 20th Anniversary of the 1988 pro-democracy protests by millions of ordinary civilians will be commemorated. PEN, the Burma Project of the Open Society Institute and the New York Review of Books will join together to honor Burmese writers whose work has been suppressed by the military regime and to support the victims of the recent cyclone. This event will also pay tribute to the thousands of monks who are missing or lost their lives last year and to those who continue to speak out against injustice for the past twenty years.

All proceeds of this benefit will be donated to the International Burmese Monks Organization (IBMO), a network of Burmese Buddhist monks collecting relief aid for the victims of Cyclone Nargis. Audience members can purchase a $100 ticket, which includes a post-event reception, or $20 and $15 tickets at www.smarttix.com.
In addition to the readings of Burmese writers' work, some of which includes unpublished accounts from the cyclone-affected areas of Burma, The New Yorker's George Packer will join the Venerable U Gawsita, one of the leaders of the 2007 Monks' Uprising, in conversation.
Don't miss this extraordinary opportunity to hear from the monks who stood up to the Burmese regime in 1988 and again in 2007, and from those men and women whose lives have been changed forever by the recent cyclone.

The Great Hall at Cooper Union

$15 for students and PEN members (with valid ID)

For Donations or Tickets: www.smarttix.com or call 212-868-4444
Co-sponsored by the Burma Project of OSI, PEN American Center, The New York Review of Books and Cooper Union.
Posted by Farheen at 3:20 AM No comments:

June 19, 2008 Thursday is our national hero Daw Aung San Suu Kyi's 63rd birthday. The Burmese people are very grateful for her leadership, vision, and tireless effort in the democratic movement in the past almost 20 years. Meanwhile, the junta has illegally extended the house arrest of the Noble Peace Prize winner. This is the time the Burmese people to collectively stand up and demand the junta the immediate release of Daw Aung San Suu Kyi.

We are scheduled to hold a protest in front of Burmese Consulate in New York demanding the immediate release of Daw Aung San Suu Kyi followed by candlelight vigil to pray for the good health of our hero. You are cordially invited to join us protesting against the illegal, cruel, and inhuman Burmese military government.

p.s. Forwarding this invitation to your contacts is greatly appreciated.

The information in this email is intended only for the use of the individual or entity named above. If the reader of this message is not the intended recipient, or the employee or agent responsible to deliver it to the intended recipient, you are hereby notified that any review, dissemination, disclosure, copying, distribution or the taking of any action in reliance on the contents of this information is strictly prohibited.
If you have received this message in error, please immediately notify us by telephone 202-408-9450 or by replying to this e-mail.
Posted by Farheen at 9:56 AM No comments:

June 19th will be Burma national leader Daw Aung San Suu Kyi’s 63rd birthday. We are saddened by the fact that military leaders in Burma continue to resist the international calls to release her until today.

However, it does not stop people from celebrating the birthday of their beloved leader, who won numerous international awards including Nobel peace prize in 1991.

“We feel grateful to celebrate her birthday although she is still under house arrest in Burma. We are not happy though because we can not be with her.”, said Ni Ni We, who is leading the honoring event on June 15th in Nopoe refugee camp on the border of Thailand and Burma.

In New York, where another celebration will also take place on Sunday, a community based group Burma Point is sponsoring the event to honor Burma’s prominent seniors, who have been in the United States.

Emerald Soe, who is one of the coordinators for New York event, says “It is illegal for the SPDC to continue arresting the people’s leader Daw Aung San Suu Kyi. We feel outraged by it. The people of Burma are not happy and certainly the prominent seniors are distressed about it. We are extremely afraid to lose our leader in the hands of the military regime. But at least we need to let the world know that she is on our minds.”

The Asia Society and the Open Society Institute

invite you to a panel discussion:

Asia Society will stream a live webcast of this event starting at 8:30am EST

E-mail your questions to moderator@asiasociety.org

On May 2 and 3, Cyclone Nargis devastated large swathes of Burma stretching from the Irrawaddy Delta to the city of Rangoon, leaving more than 134,000 people dead or missing and creating a humanitarian crisis affecting an estimated 2.5 million survivors. Immediately following the disaster, offers of assistance from the international community poured in, but Burmese military leaders largely barred foreign aid workers from reaching the hardest hit areas for three weeks. After UN Secretary-General Ban Ki-moon received assurances that the government would grant access to all international aid workers, relief agencies are slowly being permitted to move into the cyclone-ravaged delta. As this humanitarian tragedy was unfolding, Burmese generals moved forward with a national referendum to approve a new constitution which consolidated their power and extended the house arrest of pro-democracy leader Daw Aung San Suu Kyi, leaving many to question whether the junta will keep its promise to allow a major relief and reconstruction effort to move forward. International relief officials have warned that thousands more could die of disease or famine unless the Burmese government opens its doors to more help.

Join us as the Asia Society and the Open Society Institute convene a panel discussion to assess the situation in Burma, including the international humanitarian response to meet the most urgent challenges as well as longer-term recovery efforts.

The Hon. Henrietta Fore, Administrator, US Agency for International Development and Director of US Foreign Assistance (via teleconference)

A local volunteer relief worker in Burma will join the discussion via teleconference to provide an on-the-ground report.

As seating is limited, advance registration is suggested.

This is the first public forum since the cyclone -- please attend!

Posted by Farheen at 6:06 PM No comments:

Burma (also known as Myanmar), a country in Southeast Asia bordering
Thailand, China, and India, has been under brutal military rule since
1962.
On May 2, Cyclone Nargis struck Burma. Since then, an estimated
100,000 people have died. The public health problems caused by the
cyclone have been compounded by the military's refusal to accept aid.
Therefore, the current humanitarian crisis cannot be addressed without
attention to the political crisis that has dominated Burma for several
decades.
Come and learn about the current situation in Burma, how it got to be
this way, and what you can do to help.

Nay Tin Myint is a well-known activist from the 88 Generation student
group and a leader of Burma's National League for Democracy. He was
arrested in 1989 for making a public speech against the military
regime and was held as a political prisoner for 15 years. He was
released from prison in 2005 and fled the country in 2007. He now
lives in Brooklyn and continues his activism in support of Burmese
democracy and human rights.

Other members of the 88 Generation student activist group will also be
present to answer questions.
Posted by Farheen at 7:03 PM No comments: 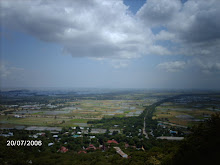